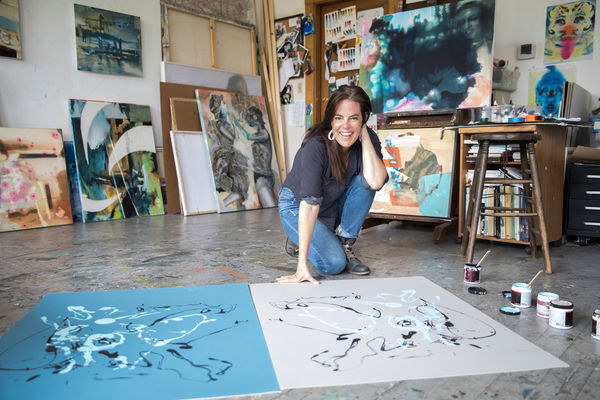 Cape Cod based artist Jackie Reeves uses mixed media to bring together figurative and abstract elements in her art. She was raised in Montreal by architect parents and studied design art at Concordia University. Her artistic career began as a professional mural painter for corporate, private and public spaces. Concurrently, Reeves co founded the Plymouth Community Art Center. In 2010 she earned her MFA in painting at Massachusetts College of Art and Design and has since exhibited in solo and group shows throughout Cape Cod and in Pennsylvania, Vermont, Washington DC and North Carolina. She has been profiled in numerous publications including the Boston Globe, Art New England, Artscope Magazine.
Jackie teaches mixed media drawing and painting at Cotuit Center for the Arts.
A resident of the United States since 1995, Reeves currently lives in Sandwich, Massachusetts.

All images copyright of Jackie Reeves